Few phrases in thoroughbred racing evoke the same thrill those words do.

“And, here it is, the thirty-seven-year wait is over…”

The colors of the Triple Crown are familiar many to many of us: red roses and the devil red of Calumet; the yellow and black of the black-eyed Susan and Seattle Slew’s silks; the white carnations of Belmont and the white blazes that cascade across the faces of Sir Barton and Secretariat, Gallant Fox and Affirmed. The sounds of “My Old Kentucky Home” still bring a tear to many an eye as we look to another year of promising three-year-olds parading from paddock to post, ready to load into the starting gate and send us on another year of chasing the Triple Crown. We have had thirteen in 100 years; will 2019 bring us one more? As we count down the days to the Derby and the celebration of a century of the Triple Crown, this becomes a perfect opportunity to explore the journey that brought us all to seek another elite horse to take home our American classics.

The concept of a Triple Crown began with popes. By the eighteenth century, the head of the Catholic Church, the Pope, wore a triregnum, three crowns stacked on top of another as a ceremonial headdress for solemn occasions. The British adopted the term ‘Triple Crown’ for their own classics, the Epsom Derby, the St. Leger Stakes, and the Two Thousand Guineas. West Australian was the first horse to win all three of the English classics in 1853, but it would be another decade before Gladiateur would duplicate his feat. That year, the Guardian published an article anticipating the 1865 St. Leger Stakes at Doncaster with a reference to the possibility of Gladiateur “emulating the fame of West Australian, who alone has secured the Triple Crown.” By the early 20th century, Americans would associate the term ‘Triple Crown’ with the English classics, but racing’s visionaries, hoping to capture the same renown of the English Triple Crown, were working on creating an American version as well.

New York racing officials hoped to make the Withers Stakes, the Lawrence Realization, and the Belmont Stakes, three races that most closely mirrored the distances of the English classics, a Triple Crown for the New York area. However, the challenges of shipping horses from state to state made such a sequence impractical for those based in Kentucky or Maryland. Anti-gambling legislation in the early 1910s shuttered racing in 1911 and 1912, effectively ending any momentum that Gotham-based Triple Crown might have had. By 1918, with World War I in its last days, America was still without its own Triple Crown series while the British counted thirteen winners since 1863. All of that changed when War Cloud, chasing boosted purses, ran in the Kentucky Derby, the Preakness Stakes, and the Belmont Stakes, winning only one of the three, but taking home enough money and prestige that Commander John Kenneth Leveson Ross would send his own Sir Barton on the same path the following year.

In thirty-two days in 1919, Sir Barton won the Kentucky Derby, the Preakness Stakes, and the Belmont Stakes – and the Withers as well, a feat only Count Fleet would duplicate – earning $65,350. His dominating wins in those races inspired others to follow the same path and the industry responded. It would take time, though, for that path to take on its iconic name.

Within a year of Sir Barton’s Triple Crown, the Kentucky Jockey Club and the Maryland Jockey Club sought to have another horse pursue those dual victories in Louisville and then Baltimore by increasing the time between the two races. As the classic schedule evolved, the name Triple Crown flirted with this trio of races. The story of Charles Hatton originating its use is only partially true: the Daily Racing Form’s earliest references to Sir Barton’s Triple Crown came in 1923. That next year, W. C. Vreeland took a cue from the Form and referred to the three races as the American “triple crown.” Within only five years of Sir Barton’s triumph, what had started as three separate prestigious stakes races had transformed into a pursuit of enormous value.

By 1930, William Woodward, himself an admirer of English racing and the traditions of their own classic races, saw his own Gallant Fox dominate in the Preakness first and then the Derby and then take the Belmont with ease. While Gallant Fox’s triumph did have the term ‘triple crown’ attached to it, it would take wins in the same three races by Gallant Fox’s son Omaha to begin the marriage of both the accomplishment and its moniker. In 1935, as Omaha blazed the same trail that his sire Gallant Fox and Sir Barton had traversed, turf writers like Hatton covered the colt’s domination of the American classics using the name ‘Triple Crown’ for his triumphs. The phrase was now part of the mainstream, trumpeted across the front of the Daily Racing Form the day after Omaha’s Belmont win. With three horses now taking all three of our classic races, America finally had its own triregnum, a metric for measuring elite horses to this day.

The Triple Crown’s prestige had become so great that even Samuel Riddle, who famously held Man o’ War out of the Kentucky Derby, sent his War Admiral to victory in Louisville. This son of Man o’ War then went on to win the Preakness and Belmont to become Triple Crown winner number four. If Samuel Riddle could get on board with the concept of these three classics being something to aspire to, then this had to be something historically special.

The 1940s added four more names to this roster: Whirlaway, Count Fleet, Assault, and Citation. In 1950, the Thoroughbred Racing Associations decided that it was time for the Triple Crown to be recognized for its place in the sport of horse racing. They commissioned Cartier to create a trophy to commemorate the three races and then awarded one to each of the eight Triple Crown winners to that point, with one more awaiting the next winner. Twenty-five years after Citation’s 1948 victory, that trophy finally had a new home with the legendary Secretariat. The 1970s then added Seattle Slew and Affirmed to the list, bringing the sport to eleven on this list of the elite.

Now, one hundred years after Sir Barton first won the Kentucky Derby, the Preakness Stakes, and the Belmont Stakes, the Triple Crown has become an essential part of American sports culture. When American Pharoah and then Justify won the Belmont Stakes, completing the 12th and the 13th Triple Crowns, 90,000 people crowded into Belmont Park to witness history. Millions of Americans tune into the Triple Crown races each year, waiting for another super horse to blow them away like Secretariat did. The Triple Crown, with its rich history and iconic performances, has become the symbol of the best that this sport has to offer. Each year, as we eagerly anticipate which three-year-olds will show themselves to be the top of their class, we look for the next horse with the right balance of talent and heart to take home our three most coveted races and wear that Triple Crown. 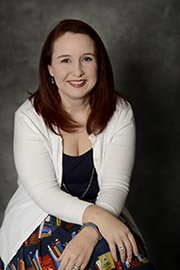 Jennifer Kelly‘s book Sir Barton and the Making of the Triple Crown,    published by the University Press of Kentucky, is available for pre-order from your favorite bookseller. Check out her blog The Sir Barton Project for more on Sir Barton and his era as well as for information on Jennifer’s upcoming appearances.